Today, Rio de Janeiro attracts mixed opinions—poverty, crime, gangs etc. come to mind in any conversation. But there was a time in the mid-twentieth century, when the city’s reputation was a glorious one.

Its natural beauty is, and always has been, staggering —the Marvellous City, the Cariocas call it, and they are right. Surrounded by hills on all sides, the city boasts a series of bays of pure white sand. The most famous, I imagine, is Copacabana, its gentle crescent, protected by two headlands, curving along a whole four kilometres. 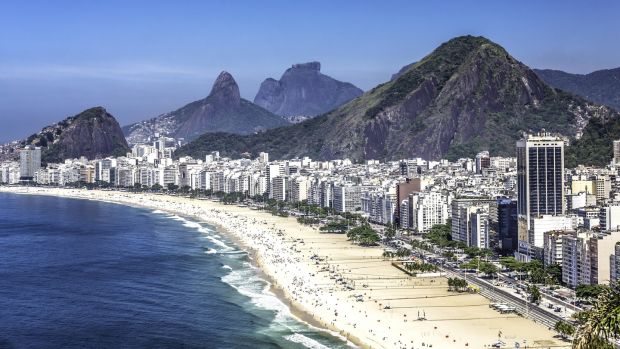 Depending where you are on the beachfront, it’s possible to view some of Rio’s most famous sights: the Sugarloaf, the Two Brothers mountain or Dois Irmãos, and rising up behind the city’s high buildings are the mountains of Tijuca, the world’s biggest urban forest, capped by the iconic Christ Redeemer statue.

Rio is a beach city and from early morning to late at night, a constant stream of people flip-flop their way from the densely occupied city blocks to their favourite beach, a place of intense social activity. Runners, walkers, cyclists are all there. Paddlers in the shallows along with long distance swimmers, surfers and kayakers— the sea is a playground. 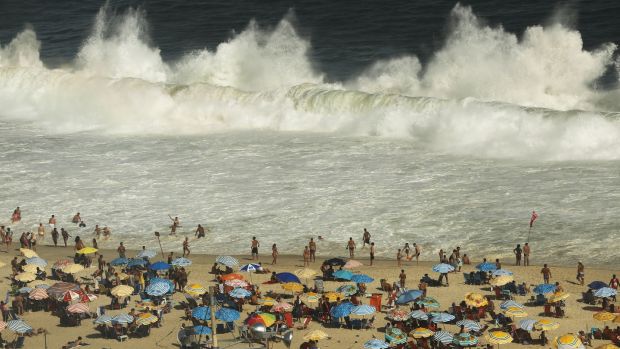 And the sand is just as busy. In between the hired deckchairs, there are games of beach tennis and clearly demarcated beach volleyball courts. All day groups of friends will drop by to chat or sip beer or eat finger food at one of the kiosks on the promenade.

Visitors are a major source of income for the local economy but Rio is above all a working city rather than a tourist destination. Copacabana was once a scratch of land, home to fishermen’s shacks, and it was only in 1892 that engineers punched a tunnel through the hills and connected the area to the rest of Rio. From then on, it grew rapidly, exploding in the 1930s when it became very popular with the new middle class. By the 1950s, Rio  had entered its golden age. 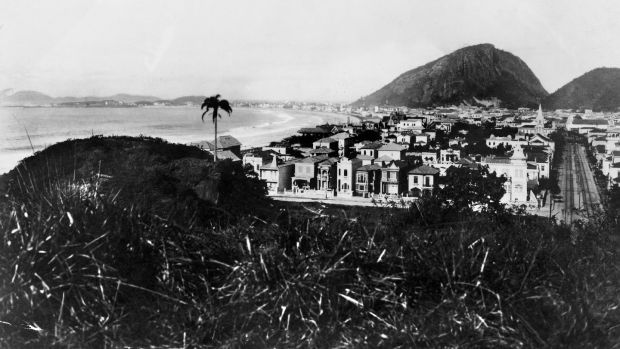 Copacabana in the early 20th century

A climate of optimism gripped the city as it emerged from its colonial past to become a modern metropolis with its own strong cultural identity. There’s a quotation from Hélio Oiticica,  one of the most famous visual painters and sculptors of the period, which I think says it beautifully: We are Blacks, Indians, Whites – everything at the same time – our culture has nothing to do with the European.

New forms of art, music, film and architecture appeared almost simultaneously. The Bossa Nova (or New Wave), is probably the best known outside Brazil. It became the height of laid-back cool—even the President was known as ‘Bossa Nova’!

The form marked a quiet revolution in Brazilian popular music, incorporating jazz, with samba and classical music. Its flexible structure freed musicians from the traditionally fixed roles of soloist or accompaniment, and allowed stretches of improvised lyrics. Among its main protagonists were the composers Antonio Carlos Jobim and João Gilberto. Jobim’s song, ‘The Girl from Ipanema’, epitomised the sound and its popularity spread around the world. 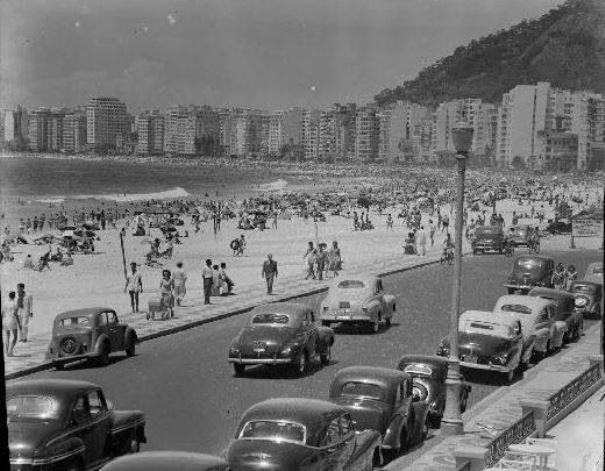 The idea of a new beginning is incorporated in the names of these artistic movements: as well as Bossa Nova, there was Neoconcretism (abstract painting and sculpture that emphasised experiment and visual expressiveness—Oiticica was a key contributor), Cinema Novo and a new architecture, a key element in Rio’s confident vision of itself. Brazilian architects, influenced by Le Corbusier, developed a style of their own, combining international modernism with a Brazilian vernacular The Ministry of Education and Health building was the first significant modernist building in Latin America. 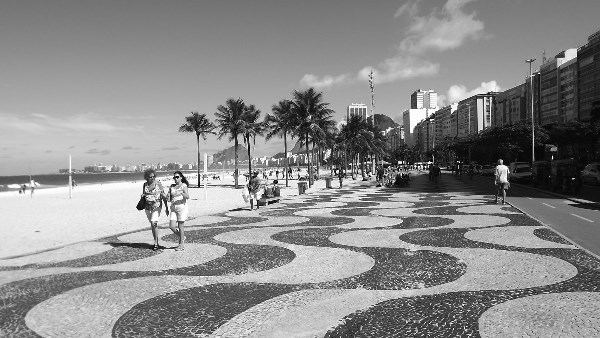 The Avenida Atlantica in the 1950s

On a less elevated plane, Brazil’s first World Cup victory in 1958 was a moment of great national self-esteem and seems entirely fitting for the period. Only with the military coup of 1964, did this heady era of invention and enthusiasm come to an end.

So what of today? Despite its bad press, the city’s energy and beauty survives, guarded forever by the most magnificent statue in the world. Cristo Redentor. A triumph! 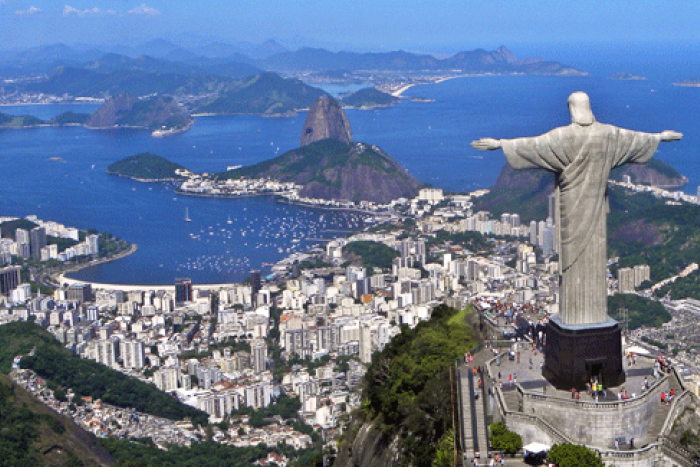