Women of the Road

Women of the Road

Highway robbery seems an unlikely female profession but through the ages there have been women who demonstrated the same physical strength, the same courage and aggression as their male counterparts. They most often dressed very similarly, too, taking to the road in masks, tricorn hats and riding boots. And they rode astride their horse at a time when women were constrained to side-saddle and straddling a horse was seen as outrageous. But then highway robbery was outrageous. 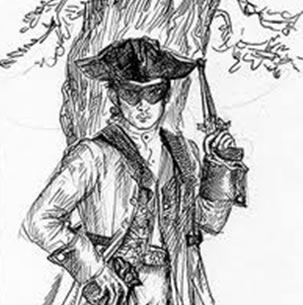 So a litany of women robbers through the centuries but most of them from earlier periods than the 19th century, when highway robbery gradually disappeared as policing became more organised. Mary Frith, for instance, was born around 1584. Her father was a shoemaker near St Paul’s Cathedral and from an early age she was wild and aggressive, a ‘rumpscuttle’ or tomboy, adept with the quarterstaff and an excellent wrestler. Later she drank in taverns, smoked a pipe and wore men’s clothes. Her exploits plunged her family into despair and they tried to exile her to America, but once their backs were turned, she jumped ship and found her way back to London, to St Giles, one of the most crime ridden districts of the capital. There Mary proved a proficient pickpocket, gaining the nickname of Moll Cutpurse but also turning into an astute businesswomen. She set herself up as a fence or receiver of stolen goods, and since she was handy with her fists and could handle pistols and swords, she was somebody people didn’t meddle with. She was seen as fair in business, though, to both the thieves who sold her their wares and those who had been robbed who came to her shop to buy back their possessions.  When she died, she left twenty pounds to her drinking companions, a very large sum at the time, to celebrate the restoration of the monarchy in 1660.

Joan Bracey was born around 1656 and came from a ‘good’ family of yeomen but fell in love with a highwayman and became his common-law wife. Sometimes they rode in partnership but on occasions Joan went alone. At one such time she was surprised by the occupant of the coach she had just held up and knocked off her horse. When she was handed over to the authorities, they were amazed to find her a woman. She was hanged at Nottingham in 1685, at the age of twenty-nine.

Alongside highway robbery, Ann Meders born in 1643, made fraud and bigamy her special interests. She married three men one after another, dumping each spouse without bothering to dissolve the marriage once she realised they were not as wealthy as she had thought. She worked through a huge number of lovers, enjoying the gifts and money that came with them, but never having quite enough. She carried out numerous robberies within London and was finally arrested for stealing a beautiful silver plate. When she appeared at the Old Bailey, she caused a sensation by appearing in a low cut gown that showed her capacious bosom to advantage and mesmerised the male jury. After she claimed she was pregnant, a favourite ploy to forestall justice, a jury of women were sworn in instead and she was quickly found guilty. She was hung at Tyburn in 1673, aged thirty.

Nan Hereford went into service in London at the age of seventeen and almost immediately got into bad company, joining a gang of street thieves. Eventually she began to work with a male partner, Kirkham, and their speciality was holding up very drunk and very rich gentlemen staggering back at night from their clubs. When the pair tired of this, they took to the road.  Kirkham was caught soon afterwards and hung at Tyburn but Nan carried on alone for another six years.

Margaret Matthews was unusual in managing to rob her own husband. He was given to beating her regularly and one of the reasons she took to the road was to gain financial independence. Faced with his wife in disguise, in a lonely location, the man so handy with his fists at home dissolved into a pitiable, cowardly creature.

Possibly the most famous female robber was Lady Catherine Ferrers born in 1662. At the age of sixteen she was married to the much older Sir Ralph Ferrers and consigned to the dullest of lives. She was a spirited girl and cast around for a way to enliven her life, settling on becoming a highwayman. She used a secret passage from her bedroom which led into the grounds, to leave the house unnoticed. Her first victim was most pleasingly the sister-in-law she hated. Her career on the road almost came to an abrupt finish when she mistakenly held up another highwayman, Jerry Jackson, and found herself looking down the barrel of his gun. But he saw the humour of the situation and no doubt was swayed by her physical attractions. They became lovers and partners-in-crime. Jackson was caught and hung at Tyburn while Catherine’s fate is uncertain. In 1684 she is said to have been wounded when she attempted a hold-up and bleeding profusely, she made her way back to her house. She managed to climb half way up the staircase before she collapsed and died from her injury and loss of blood. She was twenty-two years old. Her image as a swashbuckling aristocratic female has lived on and in the twentieth century inspired two films based on her life, both called The Wicked Lady. 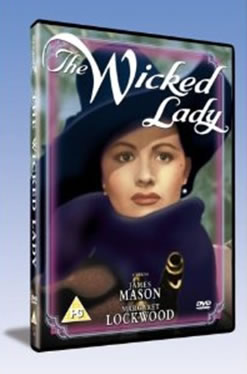