When Sugar was King

When Sugar was King

In the eighteenth century, sugar was the most important commodity in the world, in much the same way as oil  in the twentieth century. And just as the Middle East grew rich on oil, small tropical islands in the Caribbean became a magnet for those seeking money and status. Sugar revolutionised taste in Europe, diets changed, and on the back of this success whole cities such as Bristol expanded and thrived while, at the same time, millions of black Africans suffered brutal lives and an early death. 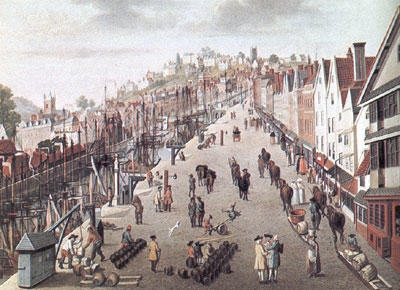 The Port of Bristol in the Eighteenth Century

The Caribbean became a place for Europeans to get rich very quickly, but also a place for them to die very young. European settlers suffered an appalling death rate from a host of unfamiliar diseases. If you go round any Caribbean churchyard, you will see the sad roll call of death, with age no distinguisher. The islands were dangerous places —there was not only disease to contend with, but a difficult climate, hostile Carib natives, and later slaves captured and brought from Africa, gradually fomenting rebellion from the inhuman lives forced on them. In addition, the natural world was full of risk, with hurricanes and earthquakes common.

Nevertheless, the West Indies offered opportunities for social mobility that were unknown in Europe. After a dangerous journey with many days at sea, the islands offered a place to make a new start, holding out a promise of freedom and an apparent lack of hierarchy. The West Indies were particularly appealing to those men—and it was usually men—who had got on the wrong side of the law at home, so that petty thieves could become pillars of the establishment. Women who had ‘sinned’ in some way had a new chance, too, with no questions asked. The aristocracy was particularly prone to sending out their spare sons. Traditionally, the second son would have gone into the church, the third into the army, but now they were often sent to the West Indies to found a new and often much wealthier branch of the family.

Although the class divide was nothing like as severe as in England, there were those who drew the line at socialising with ‘lost’ women and the odd pirate, and who objected to the levelling that for many appeared part of the islands’ attraction. The lower classes were often seen as lazy, drunk and immoral, but they were at least white, and white people stuck together for their mutual protection.

Planter and his wife, with a servant, British West Indies circa 1780.

Those who became rich on sugar were known colloquially as nabobs, their wealth derived entirely from slave labour, which for a hundred and fifty years went unquestioned. Slaves were treated with the utmost cruelty, physically punished and tortured by their white overseers for the slightest infringement, with women and children suffering along their menfolk. Some, who came out to the West Indies to find a new future, discovered they could not stomach what lay behind the nabobs’ enormous wealth and sailed back to Britain. Of those that stayed, the wives of plantation owners led relatively miserable lives. They suffered from isolation and from lack of access to education or anything like meaningful work. Slave women did all the housework, nursed their children, and were often press-ganged into the master’s bedroom. The white woman’s job was merely to look decorative.

It was nonconformist ministers—Baptists and Methodists—who first taught slaves to read, and with education came knowledge and a determination to gain freedom. Despite the Abolition of Slavery movement in the UK, when the slaves must have thought emancipation was close, it took many more years for freedom to come, years in which hopes were dashed and slave rebellions cost hundreds of slaves’ lives. 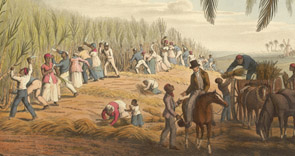 After slavery was finally abolished in 1807, life expectancy for African West Indians increased hugely as did the survival rate of their babies and children. To continue working in the sugar fields carried a stigma, and former slaves turned their backs on the plantations, which were left untended and overgrown. An indentured Asian workforce was brought in by plantation owners to fill the gap slavery had left, but the experiment was largely unsuccessful and sugar production gradually slumped. 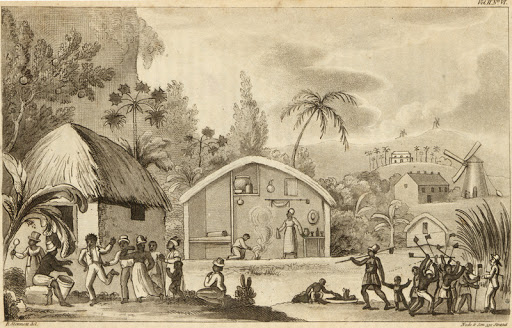 Barbados was the first island to experience the sugar ‘gold rush’ and from there, it spread through the entire Caribbean. And when that commodity lost its global importance, Barbados, like the rest of the West Indies,  suffered a decline in sugar production. In the early twentieth century, attempts were made to diversify the economy, but nothing produced the huge wealth that sugar had created. In our own times, sugar production has been replaced by tourism and offshore banking, neither of which has proved ideal. Tourism has uncomfortable resonances with the region’s history, since most visitors are white and stay in large plantation-style hotels, while most servants—the waiters, cleaners, gardeners—are black. And offshore banking has attracted unsavoury characters, with questions over fraud and money laundering linked to drug cartels.

Some islands have been less successful than others at adapting to a world in which they govern their own futures. In some, there is still a high level of poverty and infant mortality among the black population, which has led to waves of emigration, particularly to the United States. For the most part, the tiny white population has continued to live a comfortable existence, the islands’ most valuable assets often owned by them, or in the hands of foreign interests.

The article was part of the research I carried out when writing Caribbean Evil.