Arts and Crafts and the Country House

Arts and Crafts and the Country House

Large country houses were symbols of wealth and success. They stood for stability, for old values and gracious living, and were an ideal setting for the extravagant get-togethers of the wealthy and well-connected. At the beginning of the twentieth century, there were a few thousand country houses in existence, but with an influence out of all proportion to their number.

All was not sweetness and light though. Owners of large estates had suffered a huge drop in the value of their land during the previous century and were finding it increasingly difficult to maintain their lifestyle. The English Country House. Wealth was now counted in cash rather than acres and vast estates did not guarantee vast incomes. Often owners had expensive tastes: gambling, foreign travel, private yachts and sometimes exotic dancers and actresses. 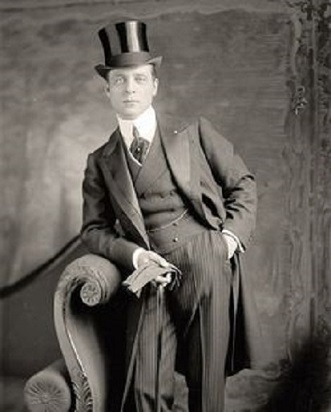 An Edwardian man about town

But help was at hand. Though agriculture had suffered in the nineteenth century, Britain had gained vast wealth from industry and commerce and there were many new millionaires anxious to copy the  lifestyle of the old aristocracy. Aristocrats strapped for cash sometimes married money, possibly losing caste in doing so, but saving their estates. Other owners found the best way out of difficulty was to sell to a rich banker or industrialist, for whom a country estate was an important badge of belonging. In The Buttonmaker’s Daughter, Joshua Summer has made a fortune from button manufacturing in Birmingham and uses his money to buy a wife and a large slice of Amberley, an old Sussex estate. In doing so, he sets up a festering ill will that will provoke dangerous conflict for years to come.

Men like Joshua were buying into a lifestyle, a code of behaviour and expectations that had existed for centuries. The traditional country house was the centre of local life, with generations of the family interred in the village churchyard. Members of the family farmed the estate, acted as local landlords, served as Lord Lieutenants or High Sheriffs of the county. Those new to wealth and gentility were keen to be a part of this world – they had  worked hard to get there – and were often the most punctilious in keeping up standards, afraid of making mistakes or showing an ignorance of correct form.

New wealth meant a greater demand for country houses and more were built in the Edwardian period than ever before. Unfortunately, many of these new owners had little aesthetic sense and saw their homes purely in practical terms. They were men of substance, used to knowing what they wanted and getting it. Often they were unwilling to take advice from architects but laid down their own designs for the man to follow. Since few good architects were willing to oblige, those that did tended to be inferior and the result was at best an unremarkable house and at worst, an ugly one.

Joshua Summer wasn’t such a man. He certainly wanted his mansion to be easier to run than older houses and not so reliant on huge numbers of servants, but he had an acute eye for beauty. An Arts and Crafts mansion was his answer and this was what he built at Summerhayes. 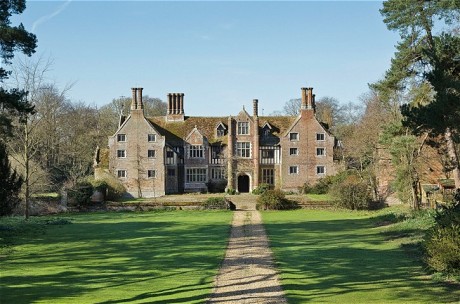 The Arts and Crafts Movement was an aesthetic reaction against the machine age, and looked back to traditional methods of manufacture. It aimed to reflect the simplicity of the countryside, its deep cultural roots and its closeness to nature. New country houses built in this style incorporated characteristics derived from English buildings of the past, using materials such as old bricks and weathered, unstained oak that would blend the house into the landscape. The chimney stacks, leaded windows and half-timbered walls were comfortably domestic. Floors were of golden polished oak, walls of wood panelling and stylised stained glass spread beautiful splashes of colour across both. Rooms were angled to make the maximum use of sunlight and often dominated by cosy inglenook fireplaces. 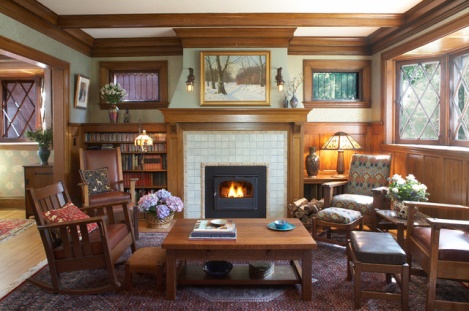 A family room. No inglenook fireplace but leaded windows and an abundance of light 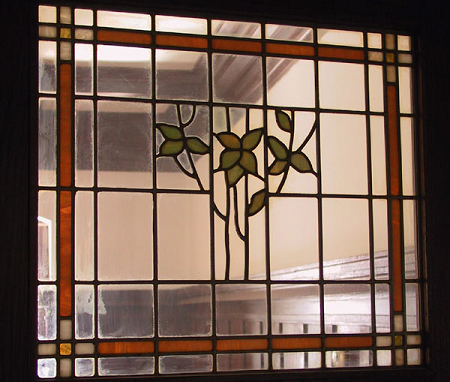 Joshua was delighted with his new home and set about creating gardens that would do it justice. But the house and the brilliant gardens had only a brief heyday. New owners like Joshua had no idea how swiftly the way of life they had bought into would vanish. They understood the world was changing and that war was on the horizon, but the rapidity with which social attitudes changed was not something they could ever have realised. 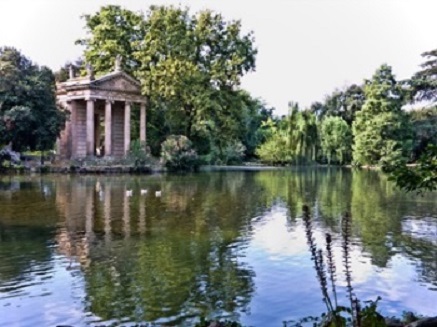 After the First World War, estates became ever more expensive to run and those servants who had survived the fighting were largely unwilling to return to an earlier hard life. Country House Living; A Servant’s Life. Without servants, running a country house, even the most modern in style, was an impossible task.

Even a ‘modern’ clothes wringer (pictured at Standen, West Sussex) couldn’t persuade a legion of servants to return to their work in country houses.