The March of Victorian Gothic

The March of Victorian Gothic

Lucas Royde, the Victorian ‘hero’ of House of Glass, is an architect who abhors the contemporary passion for Gothic. In his view it destroys an ancient beauty and replaces it with a style that is ugly, imitative and out of keeping with its surroundings. But he is very much a minority amongst his fellows. 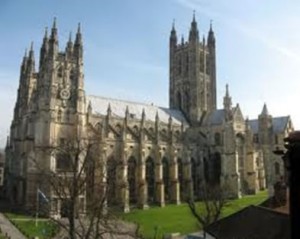 The original Gothic first emerged in northern France around 1140 and then spread rapidly throughout most of Europe. In England, Canterbury Cathedral and Westminster Abbey are two of the greatest examples of original Gothic.

For several centuries after the Middle Ages, Gothic fell out of favour but the style never really went away, and by the middle of the 19th century had once more become hugely popular. Some of the best examples of Gothic Revival buildings in England include Horace Walpole’s house at Strawberry Hill in Twickenham, Exeter College Chapel and Keble College at Oxford, and the Palace of Westminster in London. 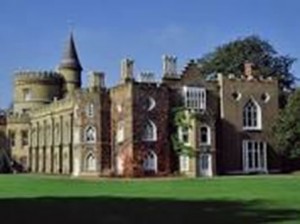 Strawberry Hill House is a fine example of Gothic Revival architecture. It was built by Horace Walpole in Twickenham, London, and inspired his novel, The Castle of Otranto (1764), generally considered the first Gothic novel.

It wasn’t only architects who expressed a passion for Gothic; philosophers and social critics also praised it highly. There was a tendency among them to idealise the medieval period as a particularly spiritual and chivalrous era. Architects like A.W. Pugin and writers such as John Ruskin believed that the Middle Ages was a watershed in human achievement, and that Gothic architecture represented the perfect marriage of spiritual and artistic values. The style was deeply intertwined with High Church or Anglo-Catholic beliefs which were also enjoying a revival. Pugin, for example, was a Catholic convert.

The influence of Gothic spread far beyond architecture. The style emerged triumphant in music, painting and most evidently perhaps in literature, where it made for compelling fiction. Gothic seeks to conjure the possibility that there may be things beyond human power, reason and knowledge. The towering spires of Gothic churches are an image of that possibility; they soar into the heavens, touching the sky and beyond. It’s a different kind of beauty, what the philosopher Edmund Burke called ‘sublime’. The sublime can create awe and terror. It can shock us out of the limits of our everyday lives with the promise of things beyond explanation. Gothic fiction introduces us to awesome and terrifying characters and inexplicable and profound events. Characters often find themselves in a place which is other, different, mysterious. Often, too, it’s a place that is threatening or violent and sometimes sexually enticing. 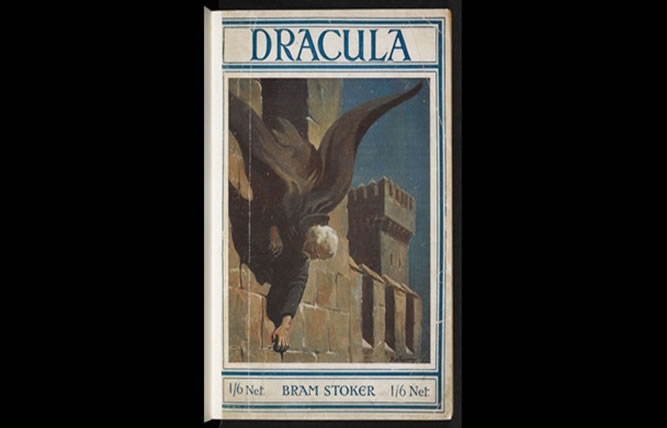 The Gothic world is fascinated by power. Its architecture combines the utmost delicacy of design with a thrusting strength, a power that reaches beyond the familiar. In Gothic fiction, violent differences in power abound: there are stories of constraint and entrapment and scenes of extreme threat and isolation, either physical or psychological. A young woman in danger, such as the orphan Emily St Aubert in Ann Radcliffe’s The Mysteries of Udolpho (1794) or Lucy Westenra in Dracula, is often at the centre of Gothic fiction.  Against such vulnerable women are set the great transgressors such as the villainous Montoni in The Mysteries of Udolpho or Count Dracula himself. Sexual difference is, therefore, at the heart of Gothic fiction, and in this we can see echoes of the structure of Victorian society. Such novels provide a release from the norms and constraints of a rigidly policed world in a way that realistic fiction of the time could not.

Illegitimate or transgressive sexuality is frequent in Gothic fiction and, at times, as in novels such as Matthew Lewis’s The Monk (1796), Gothic can come close to pornography. The Monk seems a long way from the sublime architecture beloved by Pugin and Ruskin, but the genre is still recognisably the same, perverse and multi-headed though Gothic may be. Books, paintings, music, architecture, created in the Gothic vein do not necessarily have a single trait in common, but they do have overlapping characteristics and motifs. Today we enjoy an even wider interpretation of Gothic: more members have joined the Gothic family, with films, music, video games, opera, comics and fashion, all belonging – and not quite belonging – together.